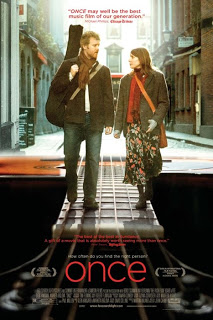 It’s time once again for my monthly look at independent film.

This month, I went to see the Irish film Once.

This film can be classified as a romantic musical. However, unlike most musicals, where singing starts for no apparent reason, this is a more realistic type of musical.

The romantic part of the film comes from the growing relationship between an Irish street performer and a Czech girl that he befriends and begins playing songs with.

This is definitely the best film I have seen so far this year and I would definitely recommend that you go check it out.