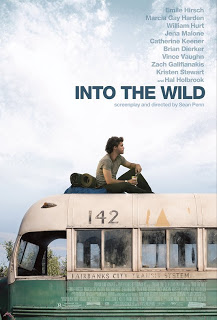 Into The Wild is one of the films that I missed seeing earlier this month at the Toronto Film Festival. This film, which is based on a true story, plays out almost like an Odyssean journey, with the young Christopher McCandless (played by Emile Hirsch) journeying across North America towards Alaska and meeting a lot of interesting people along the way. The film actually starts off with McCandless arriving in Alaska and the film goes back and forth between three scenarios: showing how he is coping in the wild, showing a portion of his journey, and showing scenes with his family (played by William Hurt, Marcia Gay Garden, and Jena Malone), which provides insight on the reasons he decided to take the journey. Overall, I thought the film was a very good character study and it was definitely worth me sitting though the 2 1/2 hour running time.