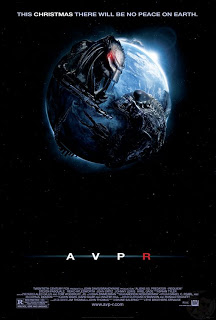 My packed holiday viewing schedule continues with second film in the Aliens Vs. Predator crossover series.

It should be noted that, even though every Predator film has been earthbound, this is the first proper film to feature Aliens on earth (the first film took place on earth, but it was in Antarctica). As such, seeing the Aliens run amok through the small town was definitely an original offering.

While it probably doesn’t top the original film series, I found this film was a huge improvement from the first film (funny what a higher gore level can do).