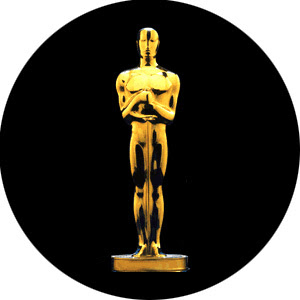 I’m not terribly old (25), so I have only been old enough to stay up for the entire 4 hour Oscar broadcast for a little over a decade.

Even though I have been keeping track of the winners for a couple years previous, the first Oscar ceremony I watched, except for some channel surfing late in the broadcast, was the 1997 Oscars, which saw The English Patient win Best Picture.

That was also the “year of the indies,” where Jerry Maguire was the only Hollywood film up for nominations. I never made any predictions for this first year, but I have no disagreements about The English Patient winning (if I was old enough to watch it at the time, I may have picked Fargo).

I didn’t watch the 1998 awards (for which I was in Greece at the time). At the time, I would have picked Titanic (which won), but like most people, it hasn’t aged well with me (to date, I have only seen the film like 3 times).

I started watched the 1999 awards, but I couldn’t stay up and I went to bed partway through. My pick to win was Saving Private Ryan and I was surprised when Shakespeare in Love won instead.

The 2000 Oscars was the first show that I watched uninterrupted. I wanted The Green Mile to win this year, but I did not disagree when American Beauty won (especially after seeing the film about a week after the awards).

The 2001 awards can be noted for the fact that it was the first awards, where I correctly predicted the Best Picture winner (Gladiator).

The 2002 awards featured my second correct prediction in a role when A Beautiful Mind won.

The 2003 Oscars was the first year, where I was actually angry with the Best Picture winner (which I though was politically motivated). I predicted Gangs of New York to win and I would have accepted any other the other films winning, except for the actual winner, which was Chicago.

I picked Mystic River for the 2004 awards, but it happened to be the year where The Lord of the Rings: Return of the King had a clean sweep.

For tomorrow’s special, I will revisit the 2005 Best Picture winner Million Dollar Baby.