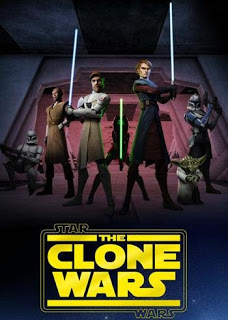 In what is quite possibly the most interesting bit of movie news I have heard in a while, it has been announced that the pilot for the new Clone Wars CGI series will be released as a theatrical feature in the fall.

First, I would think that it is great that there is going to be a new Star Wars film, especially one that is following the same three-year release cycle as the prequel trilogy.

However, I have to be cautious, since this is just a pilot for a TV show. Is there a complete enough story in those 90 minutes to justify a theatrical release?

I’m sure some of my concerns will be answered in the six months or so before this film’s release.