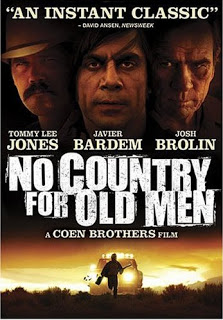 It’s been over three months since my last DVD review and this one is for the film that just won the Oscar for Best Picture.

It could probably be assumed that this DVD package was created before the win, since there isn’t even a label advertising the fact.

It is a very straight forward DVD release, which includes the film and three documentaries. You could call it bareboned in this age of releasing 2-disc packages for most films, however the Coens haven’t really been known for extra-packed DVDs.

I can hypothesize that the Oscar win may result in a second release in the future, but the current release it OK with me.