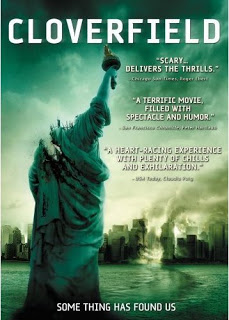 One of the most hyped films of the New Year comes out on DVD this week as Cloverfield hits the shelves. While it may be disputed whether the film met up with its hype and it has been documented how motion sick the film made me, it is still one interesting film.

The other notable release this week is Charlie Wilson’s War staring Tom Hanks and Philip Seymour Hoffman. Also coming out with Hoffman is the well-acclaimed independent drama The Savages.

And that’s this week’s DVD picks.