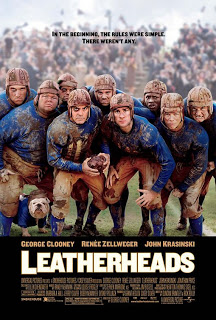 My pick for this weekend is George Clooney’s screwball football comedy Leatherheads. The film co-stars Renée Zellweger and John Krasinski from The Office.

Another film I’m looking forward to seeing is Martin Scorsese’s new musical documentary Shine a Light, featuring none other than the Rolling Stones.

Rounding out this week is the family adventure film Nim’s Island and the horror film The Ruins.