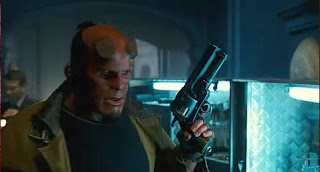 This week we look at the second trailer for the latest film by Guillermo del Toro.

After gaining praise and Oscar nominations/wins for Pans Labyrinth, Guillermo del Toro returns with a sequel to arguably his most successful English-language film.

Like the last film, this will be a supernatural superhero film. This second trailer goes more into the plot than the teaser. I’m not too sure about the movies pale-faced villain, however the film does looks to be the best non-Marvel/DC comicbook adaptation opening this summer.