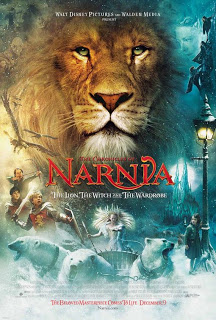 I have to say that I am not super-excited for this week’s release of Prince Caspian. It would probably partially have to do with the fact that my experience with The Chronicles of Narnia begins and end with this film.

Before this film came out, I saw the BBC version as a kid, as well as a stage production. I also attempted to read the book, but I don’t think I got that far.

That said, I was probably prepared enough to see this film when it came out in 2005.

I would say that it was probably a good enough adaptation for the story and it’s 2 1/2 running time went by pretty quickly.

That said, even though I liked the film, I never felt the need to rewatch it.

So, you could probably understand my hesitation about Prince Caspian. At least this film has a veil of familiarity when I saw it (which probably helped in my enjoyment). Now, a film is coming out that I’m not too familiar with and I’m not sure how much I’ll enjoy it.

We’ll guess we’ll have to wait for the weekend for that.