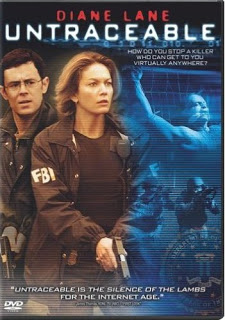 This week the biggest release coming out on DVD would be the Internet-based thriller Untraceable, which features Diane Lane as an FBI agent tracking a killer, who kills his victims using hits from a website.

Also coming out this week is the heist comedy Mad Money, as well as the Golden Globe-nominated drama The Great Debaters.

Most likely to celebrate the release of Prince Caspian in theatres this week, The Lion, The Witch, and the Wardrobe is being released on Blu-Ray. Also being released this week in the high-definition format are Butch Cassidy and the Sundance Kid and the classic Robin Williams comedy Mrs Doubtfire.

And that’s my DVD picks for the week.