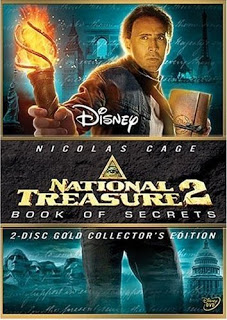 The only major new release coming out on DVD this week is the Nicolas Cage adventure National Treasure 2: Book of Secrets. As I had previously said the film is a family-friendly action/adventure film that doesn’t try to be anything other than that.

For the other releases this week, you can almost call it a “Blu-Ray Bonanza” as there are four major releases in the high-definition format.

First, we have new Blu-Ray versions of the recent releases There Will Be Blood and Cloverfield. Also coming out in the format this week are V for Vendetta and Short Circuit.