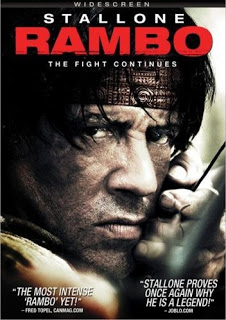 This week’s big release on DVD is Rambo, which is being released both on its own, as well as part of a new collector’s set featuring all four films.

This week also sees the release of the original films on Blu-Ray.

Also coming out this week is the Woody Allen-directed thriller Cassandra’s Dream, as well as the documentary Darfur Now.