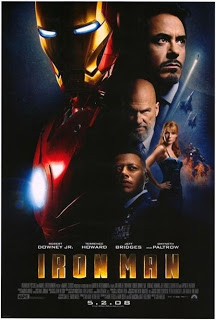 The summer movie season officially starts this week with the release of Ironman the first of many superhero movies opening this summer. The film’s only real competition is the romantic comedy Made of Honor.

In limited release is the cute independent film Son of Rambow.

And that’s this weekend in movies. Check back later today for my picks for the month.