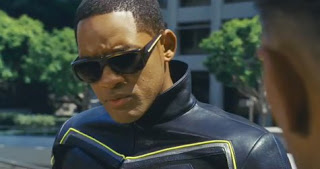 In the age of constant superhero flicks, this week I am going to look at the trailer for a film that is different from all the rest.

Will Smith’s movies often equal box office gold and this film looks like it will be no exception. In an age when most superheroes are seen as the ultimate do-gooder, it is refreshing to see Smith play an anti-superhero, who is apathetic towards saving the world.

From the looks of this trailer, Hancock works with a PR man (played by Jason Bateman) to try and improve his superhero image.

The film looks like a fun mix of comedy and action, and I will probably give it a look when it is released July 2.