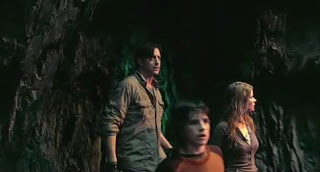 In my first Thursday column, I am going to look at the trailer for the 3D adaptation of the Jules Verne classic.

Journey to the Center of the Earth 3D

From the looks of things it looks like this film was made to be seen in 3D (which is why the “see in 3D in select theatres” tag is a little disconcerting). In addition the only familiar face in this film seems to be star Brendan Fraser.

As such the film looks like a cheap family film that is only made for a feature that you have to go to select theatres to see.

Yeah, I think I’ll skip this one.