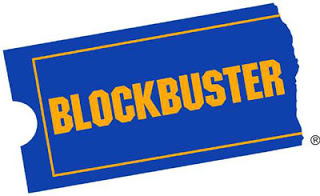 I think it was about a little over a year ago when I found out that my local Blockbuster video store had closed down.

For years I would walk down to it and rent movies and video games.

The store closing wasn’t a big loss. I had found that, since I saw most movies at a theatre, a lot of the films I ended up renting were not necessarily film I was dying to see.

These days I only rent films if I need them for writing an essay for my film classes. In those cases, I would have to go to a speciality store in downtown Toronto, since the films are usually foreign art films that wouldn’t really be available at Blockbuster.

I can admit that rental stores are a dying breed. In my case, I am more likely to see a film in theatres or purchase a DVD then rent it. For more casual viewers, OnDemand movie channels allow for people watch a rotating list of film whenever they feel like it. Plus, there is the ongoing issue of movie piracy, which has more people downloading films off the Internet (though legal downloading sites are starting to surface).

So, you would have to think. Usually when a person is not eager to see a film in theatres, they would say that they would “wait for the rental.” Would that phrase still be correct in a few years time?