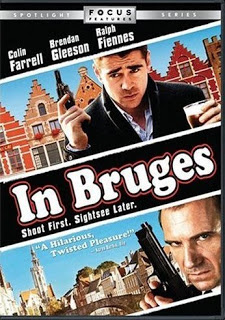 A lot of great independent films are coming out on DVD this week. My main pick of these would be In Bruges, the darkly humourous heist film, which I found a pleasant surprise earlier in the year.

(Edit: I found out the hard way — i.e. no DVDs in the store — that the Canadian release of the DVD is not until next week – at least according to Amazon.)

For those of you looking for the more mainstream releases, this week sees the release of Roland Emmerich’s 10,000 BC, the family-oriented Spiderwick Chronicles, and the romantic comedy Definitely, Maybe.

Finally, for Futurama fans, this week sees the release of the new direct-to-dvd movie The Beast with a Billion Backs.