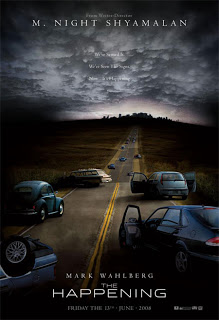 On August 6, 1999, a film about a child psychiatrist trying to help a child that sees ghosts, called The Sixth Sense, was released, directed by a relatively unknown Indian/American filmmaker from Philadelphia named M. Night Shyamalan.

The film was a huge hit and it stayed at the top of the box office for 5 weeks and was nominated for six Academy Awards.

That seems so long ago now.

I would say it’s tough being successful, especially when the success comes early in your career. In the last nine years, Shyamalan has been losing the faith of the mainstream audience as he failed to match the success of The Sixth Sense, with his last film, 2006’s Lady in the Water, making only $42.3M at the box office.

I would call The Happening a bit of a return to form for Shyamalan. It is not a flawless film, and it will probably not win back that fans he lost, but I can say that it’s his best film since 2002’s Signs.

I can talk on and on about things people unfairly expect from Shyamalan (like twist endings), but there is really no point. I am not one of those that sits through a movie wondering what the twist ending is going to be, since it would ruin my experience of watching it (there isn’t really a twist in this film anyway).

In conclusion, even though Shyamalan has lost the faith of the mainstream, I still enjoyed The Happening and he remains one of my favourite directors. He is changing things up with his next film by adapting the anime series Avatar: The Last Airbender, so we will see how that film does.