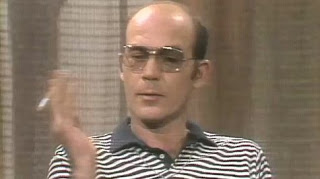 After my look yesterday at Fear and Loathing in Las Vegas, I thought that today I would move out of the mainstream and take a look at the trailer for a new documentary about Hunter S. Thompson that is coming out next month.

I stated yesterday that wasn’t very familiar with Hunter S. Thompson. As such, I think this documentary would do a good job of familiarizing myself with him.

The film is narrated by Fear and Loathing’s star Johnny Depp and it seems be comprised of various “talking head” interviews interspersed with archival footage of Thompson.

I would say that this documentary would be an interesting look at one the most unique individuals in American history.