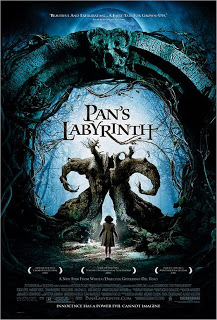 Friday sees the release of Hellboy II: The Golden Army, which is Guillermo del Toro’s first film since the huge success he found with this film, which was nominated for six Oscars and won three.

Del Toro described this film as a spritual sequel to he previous Spanish-language film The Devil’s Backbone, in the way they both involve the Spanish Civil War (in the case of this film, it involves the aftermath).

I like how this film moves back and forth from a wartime drama to a pure fantasy film. It is that mix that makes the film so great.

It can be argued that it was the success of this film that eventually led to Guillermo del Toro being choosen to direct the film version of The Hobbit, working with Peter Jackson.

I can definitely say that he deserves the job.