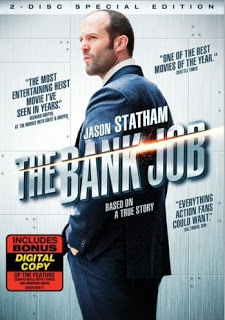 This week sees the release of The Bank Job on DVD. I was actually a bit disappointed when I was forced to miss this film in theatres, since there was a transit strike in Toronto when the film opened. I will definitely give this film a shot at some point.

Also coming out this week is the horror film Shutter, as well as the independent films Penelope and Meet Bill.

The big Blu-Ray release this week would be a high definition version of One Flew Over the Cuckoo’s Nest.

Finally, probably because of Maggie Gyllenhaal’s role in The Dark Knight, this week sees the re-release of the film Secretary.