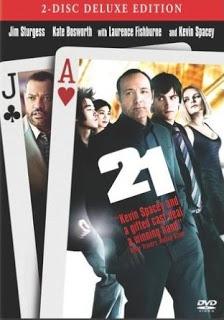 The only major new release this week would be the Las Vegas film 21. I skipped the film during its theatrical release, however I wouldn’t mind giving it a shot.

Fans of the electronica duo Daft Punk would probably enjoy the release of their film Electroma.

This week also sees a large amount of Blu-Ray releases.

First, probably to prepare for next week’s release of The Mummy: Tomb of the Dragon Emperor, this week sees the high definition releases of The Mummy, The Mummy Returns, and The Scorpion King.

Horror fans will enjoy new Blu-Ray editions of I Know What You Did Last Summer, The Exorcism of Emily Rose, and Urban Legend.

Finally, to round things off, you can now get a Blu-Ray version of The Perfect Storm.