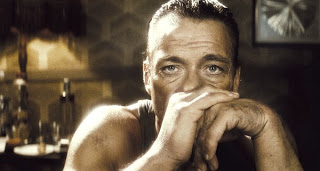 The Midnight Madness programme has always been one of the most popular programmes of the Toronto International Film festival.

In a festival full of art films, Midnight Madness is all about the genre films.

Some notable films to be featured at Midnight Madness in the past include Cabin Fever, Saw, and Hostel.

This year’s selection has a nice mix of many genres instead of just the horror films the programme tends to learn towards.

The most intriguing selection for me is JCVD, which is an action-comedy staring Jean-Claude Van Damme (as himself). I will definitely make sure to check this one out.

Another film that may be popular this year might be the martial arts film Chocolate, which is directed by Prachya Pinkaew, whose Ong-Bak Muay Thai Warrior was a hit at the festival in 2003.

Another Asian film that seems interesting is Detroit Metal City, a rock and roll film, which features an appearance by Gene Simmons.

Rouding out the list for this year’s Midnight Madness are the horror films Acolytes, Deadgirl, and Martyrs, the horror-western hyrid The Burrowers, the horror-comedy Sexykiller, the Sci-Fi thriller Eden Log, and Not Quite Hollywood, which is a documentary about Australian genre films of the 1970s and 1980s (a group of films that includes Mad Max).

Definitely something worth checking out.