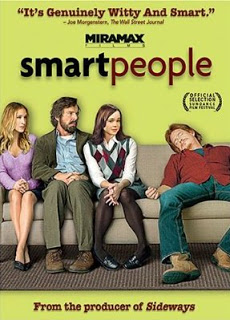 In another slow week for new DVD releases, the biggest release is probably the Dennis Quad-staring comedy/drama Smart People (also on Blu-Ray). If you recall from my thoughts, I didn’t think this was a bad film, but it also is not a film that I would rush to rewatch.

The recent serge of direct-to-dvd sequels continues this week with The Art of War II: Betrayal, which is probably notable only for bringing back star Wesley Snipes.

Fans of Canadian director Guy Madden would probably enjoy the new Criterion edition of his film Brand Upon the Brain.