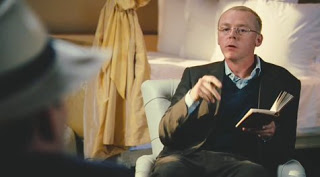 This week I am going to look at the trailer for the first mainstream North American staring role for British comedian Simon Pegg.

How to Lose Friends & Alienate People

When I first heard of this film, I was willing to see it based solely on Pegg’s involvement, as well as its title.

Looking at the trailer, it is evident that this is a more mainstream role for Pegg (especially considering how his co-stars are Kirsten Dunst, Megan Fox, and Jeff Bridges). However, it still features the type of humour that has made Pegg one of my favourite comedians of recent years.

I will definitely be checking out this film when it opens in October.