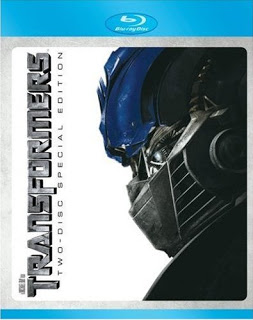 The only real notable releases this week are new Blu-Ray editions are various movies headlined by the high-def version of Transformers.

Films coming out in Blu-Ray this week include Eraser, Outbreak, Under Siege 2: Dark Territory, and Every Which Way but Loose.

There are still some new releases worth mentioning. These include Married Life, which I saw (and enjoyed) last year at the film festival, The Promotion staring Seann William Scott and John C. Reilly, and Then She Found Me with Helen Hunt, Colin Firth, and Matthew Broderick.