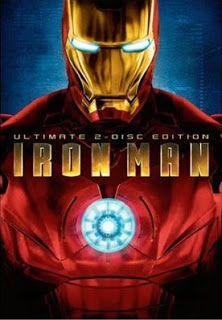 The biggest release this week is Iron Man (also on Blu-Ray), which was second only to The Dark Knight as the highest grossing film of the year.

Also new this week is Forgetting Sarah Marshall (also on Blu-Ray), which in my opinion was the best of the Judd Apatow-produced comedies released this year.

Fans of Simon Pegg would enjoy Run Fatboy Run (also on Blu-Ray), which comes out on DVD just in time for the release of, Pegg’s next film, How to Lose Friends and Alienate People.

To round off the new releases, we also have the screwball/football comedy Leatherheads (also on Blu-Ray).

There’s are a fair number of new Blu-Ray releases including L.A. Confidential, Madagascar, Blow, and Ronin.

Finally, we will end this week’s releases with a brand new Godfather Collectors Set (also on Blu-Ray).