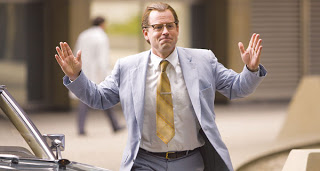 My film festival experiences don’t ususally get off to a good start and this year was no different.

By the time I arrived at the box office, most of the films on my list were off sale, including my top pick for the festival, The Brothers Bloom.

I managed to pick up tickets for three films today, the highest profile of which was a morning screening Flash of Genious, with Greg Kinnear. That screening will be on Tuesday. On the same day, I will be seeing a documentary about a young singing contest in Europe entitled Sounds Likes Teen Spirit: A Popumentary. Those two screenings are sandwiched between my volunteer shift, so Tuesday will be a busy day.

Another film I managed to get a ticket for was Real Time a Canadian-made comic thriller starting Jay Baruchel and Randy Quaid. Should be interesting.

Hopefully things will even out as the week goes on, but in the meantime I have to go through the films and come up with a new list.