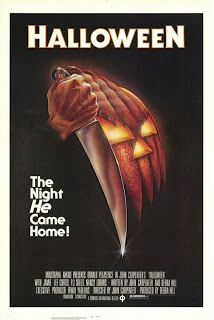 In this special Saturday Classic Thoughts column, we will look back at this influential horror film, which was released 30 years ago today.

If you remember, I ended up being not too keen on Rob Zombie’s remake that was released last year, since I thought that too much focus was put on Michael Myers.

In the original, most of the focus is spent on developing the characters, while Michael Myers is a figure in the background (including one scene, in which he is seen, but not acknowledged by the score).

That makes it all the more chilling when Myers does start attacking the characters during the final act. I also have to say that no other character has ever made walking across the street so suspenseful.

Halloween resulted helped make Michael Myers one of the three modern horror icons (along with Freddy Krueger and Jason Voorhees) and it is definitely a memorable film.