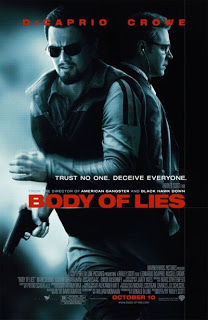 I already saw my pick for the week yesterday, and the rest of the films are only getting so-so reviews.

First there’s Ridley Scott’s Body of Lies staring Leonardo DiCaprio and Russell Crowe. This film has a 57% Fresh rating on Rotten Tomatoes and may be the best bet for the weekend.

The fantasy film City of Ember is only so-so with a 41% Fresh rating.

Finally the horror film Quarantine was not screened for critics, so you can see that film at your own discretion.