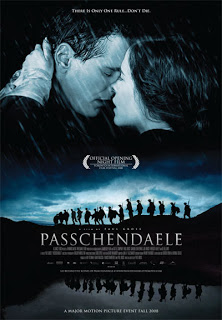 I’m feeling a bit better, after being sick all week, so here are the films coming out this weekend.

The big movie here in Canada is the WWI drama Passchendaele, which is most likely the film that I will be checking out.

As for the other films coming out this week, Max Payne is the worst-reviewed film of the week with only a 16% Fresh rating over at Rotten Tomatoes.

Also opening this week is the raunchy comedy Sex Drive (50% Fresh) and the Robert DeNiro comedy What Just Happened (60% Fresh).