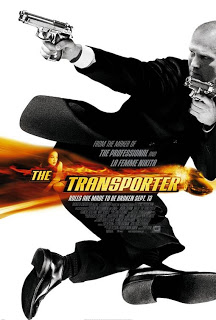 The third film is released today, so I thought I would take a look back at the first film.

Before this film came out, Jason Statham was probably only known for his roles in the films by Guy Ritchie (in fact, before The Transporter came out, I gained a liking to Statham through his role in Snatch.)

It’s then kind of funny that he would break into the American market with what I remember as bit of a generic action film (though in my opinion, this film introduced Statham, while his next film The Italian Job cemented his status to American audience).

It’s been a while since I last seen the film and don’t remember much except the basic plot (there was a woman in the truck of his car and he decides to help her out) and the fact that there were a lot of choreographed fight scenes (including one with Statham covered with oil).

With my, not too impressed outlook on the film, it is probably no surprise that I skipped the second film and I’ll probably end up skipping the third one as well.

(Note: Starting next week, I will be looking at my favourite holiday films for the month of December)