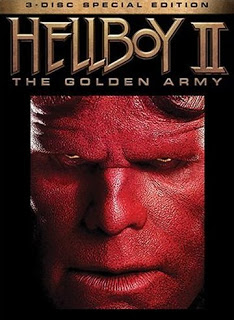 This week sees the DVD release of Hellboy II: The Golden Army (also on Blu-Ray). I thought that the story was not as well developed as the first film, but I still had a good time.

Also coming out this week is Star Wars: The Clone Wars (also on Blu-Ray). The film is essentially the pilot for the animated series that is currently on the air (and probably should have stayed that way).

New on Blu-Ray this week are Oliver Stone’s JFK, the horror film Black Christmas, and The Shawshank Redemption.

And that’s my DVD picks for the week.