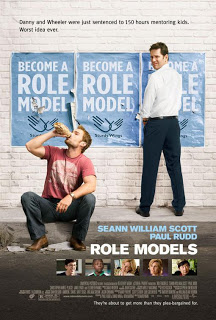 My pick for the weekend is the Apatow-esque comedy Role Models. According to Rotten Tomatoes, the film is receiving quite a bit of praise with a 71% Fresh rating.

Good reviews are are also coming in the for the animated sequel Madagascar: Escape 2 Africa, which has a 63% Fresh rating.

The same can’t be said for Bernie Mac’s posthumous release Soul Men, which is only 45% Fresh. Though apparently the performances are still good.