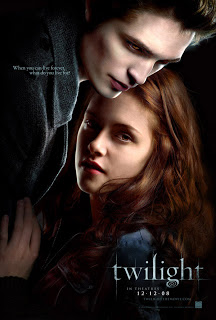 I’ve seen five movies within the last two weeks (an average of one film every three days), so I’m going to take a break from the cinema this weekend, but that doesn’t mean you shouldn’t.

The big film film week is probably the teen vampire romance film Twilight. The critics don’t seem impressed, since it currently has a 44% Fresh rating on Rotten Tomatoes, but I’m sure that won’t stop of hordes of teenage girls from seeing it.

If cartoons are more your thing, you could see Disney’s Bolt, which is favouring much better with an 84% Fresh rating.