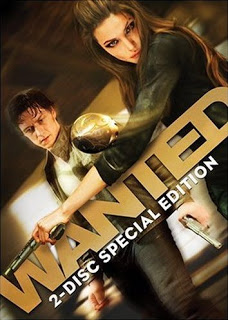 This week we have the DVD release of Wanted (also on Blu-Ray). When I saw the film, I thought that it showed promise, but then just ended up being a standard action film.

We also have the release of Step Brothers (also on Blu-Ray). I did think that the film was very funny, but I really want Will Ferrell to start making different kinds of films.

Next up is The X-Files: I Want to Believe (also on Blu-Ray). To me, I thought this film seemed like just an expanded episode of the TV show. However, it was still OK.

Rounding out the new releases is The Chronicles of Narnia: Prince Caspian (also on Blu-Ray), which I had enjoyed much better than the first film in the series.

Some holiday films come out on Blu-Ray this week with high-def versions of Home Alone and Jingle All the Way.