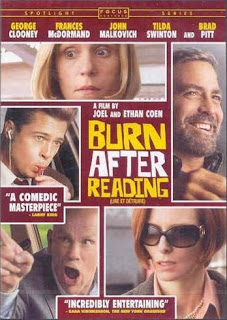 Christmas is only two days away and it doesn’t look like any new DVDs are coming out before then. So, I will do a quick summary of releases slated to come out during the holidays.

First we have the Coen Brothers’, Burn After Reading (also on Blu-Ray), which I spotted in stores last week. Looking back on my thoughts of the film, I consider the film going hand-in-hand with No Country for Old Men in completing the Coen’s return to form.

Sometime within the week, we will see the release of Eagle Eye (also on Blu-Ray). I did think that the film was a bit cliche in it’s plot twists, but it was still an entertaining thriller.

The final DVD release (in this compressed holiday column) is the Ricky Gervais comedy Ghost Town (also on Blu-Ray). I thought that the film was only worth watching because of Ricky Gervais and if he wasn’t in it, I might have just skipped the film.

And that’s my summary of DVD releases for the holidays.