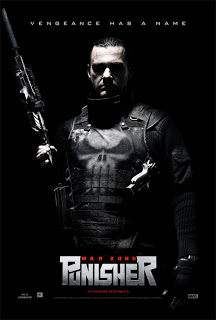 This week features Punisher: War Zone a sequel/reboot of the 2004 film with Thomas Jane (in this film The Punisher has been recast by Ray Stevenson). The film has failed to impress the critics, since it currently only has a 14% Fresh rating on Rotten Tomatoes.

Also opening this week is Cadillac Records, which is doing better in the reviews with a 67% Fresh rating.

Finally, we have Frost/Nixon opening in limited release. This film is the best reviewed of the three with an 89% Fresh rating.