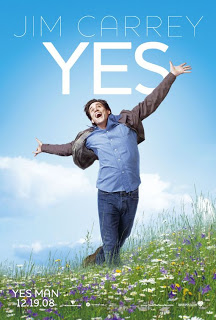 On the final weekend before the Christmas rush, my pick for the week is the Jim Carrey comedy Yes Man. However, the critics are not that impressed, since the film currently has a 42% Fresh rating on Rotten Tomatoes.

However, they are even less impressed with Will Smith’s Seven Pounds, which has a 27% Fresh rating.

Also opening is The Tale of Despereaux, which has a 46% Fresh rating.

Finally, from the “I’ve Already Seen It, but Recommending” files, The Wrestler opens in limited release with an astounding 97% Fresh rating. This was my favourite film of the Toronto Film Festival and you should definitely check it out.