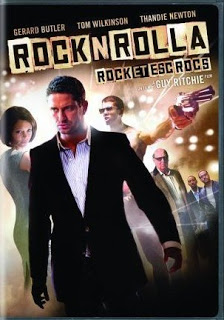 This will sees the DVD release of RocknRolla (also on Blu-Ray), which I thought was an enjoyable return to form for Guy Ritchie.

Also being released this week is the Samuel L. Jackson thriller Lakeview Terrace (also on Blu-Ray).

The new Blu-Ray releases this week include Zodiac, Any Given Sunday, and Groundhog Day.