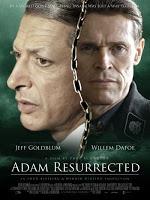 I like the mainstream as much as anyone, but this year was definitely a good read for independent films.

I can’t call it a memorable film, but it wasn’t a bad film either.

It did show some promise, but in the end it will only be remembered for “Rock Me, Sexy Jesus”.

A wonderful little film that put the small town in Belgium on the map.

A decent coming of age story.

It made hardly any sense, but it was still compelling.

The film was almost magical.

Yes, the Canadian Zombie film was THAT good (too me anyway).