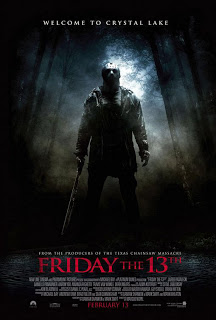 I can definitely say that this film has healed the wounds caused my Rob Zombies Halloween remake from last year.

This film can be seen as a way to bring the character of Jason Voorhees to a modern audience. However, the film retains a few of the originals cheesy 80s elements.

Now, we just have to wait and see how the Nightmare on Elm Street remake in the works turns out.

(Read an extended review at MONDOmagazine)