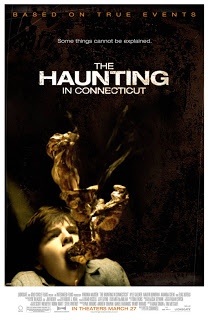 That haunted house film is probably one of the hardest subgenre of horror to do. How do you portray ghosts on film without it being cheesy?

This film was a mixed bag for me. I found that I was very passive for most of the film, with scenes that were supposed to be scary getting pretty much no reaction.

However, when the hauntings intensified towards the end, I was able to get into the film a bit more (there was even a single scary shot).

In the end, The Haunting in Connecticut was not bad, but there are better haunted house films out there.

(Read an extended review at MONDOmagazine)