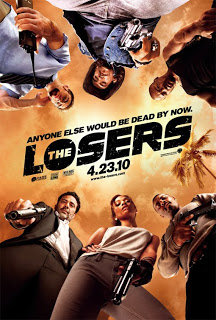 You can probably admit that The Losers is not the most well known comic series to adapt into the film (I sure didn’t know about it).  In addition, this is probably not the most star-studded film (the highest profile actor probably being Zoe Saldana, who came off a stellar year last year).

That said, I thought that it was an entertaining action/comedy.  Sure the plot is less than original and can probably be compared to everything from The A-Team to Mission: Impossible.  However, in the end, I can say that I had a fun time watching this.

And for me, that’s all that counts.