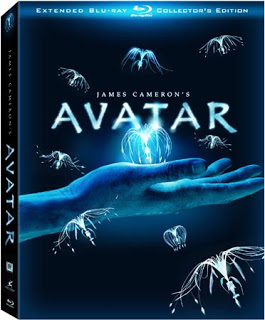 It’s a very jam-packed week, which is a sure sign that the holiday shopping season is now underway.

More than six months after its movie-only release, Avatar finally gets feature-filled 3-disc release, which contains not one, but THREE versions of the movie, as well as over three hours of special features.  Hopefully, this has been well worth the wait.

The other Avatar (as in The Last Airbender) is also released this week and will probably end up being the first M Night Shyamalan film I don’t purchase.

We also have the release of Disney’s A Christmas Carol, which is one of a large assortment of 3D-compatible Blu-Rays this week.  I can almost here the ads “2D Blu-Ray was SOOO last year! Throw that dinosaur out and buy the 3D model, along with a compatiable TV!!!!!.”  Ah hem…on to the picks.

)
My Thoughts: Haven’t seen the extended cut, but the original was really good.
My Recommendation: Buy It!!!!

)
My Thoughts: Absolutely atrocious dialogue, filled with oversimplified concepts and mystical mumbo jumbo, has made this my least favourite of Shyamalan’s films.
My Recommendation: Skip It

)
My Thoughts: A decent adaptation of the classic story.
My Recommendation: Rent It