Getting Ready for Canada’s Top Ten 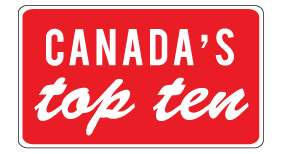 Today marks the start of TIFF’s yearly showcase of the ten best Canadian films from last year, happening for the first time at the Bell Lightbox.  The obvious headliner of this year’s list is Denis Villeneuve’s Incendies, which won Best Canadian Film at last year’s Festival and was just announced to be on the Oscar shortlist for a Best Foreign-language Film nomination.

Here is the full list and screening times (for films I already saw, I will also link to my old reviews).

For my “Canada’s Top Ten” experience, I will be seeing Incendies, as well as Shorts Programme 1.  I will make sure to post my thoughts on both following the screenings.

This will be a great showcase on the best in Canadian film and I advise you check it out.