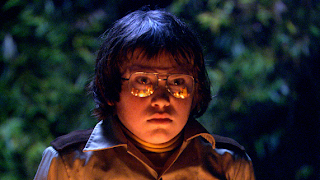 This evening I saw the first half of the Canada’s Top Ten shorts programme, which featured five of the top short films of last year.  In hindsight, I probably could have stayed to see all ten shorts, but I had already spent a long afternoon downtown, which included seeing No Strings Attached.  Anyways, here are my thoughts on each of the shorts.

Les fleurs de l’âge (Little Flowers) – Vincent Biron
This is a coming of age story about a group of kids on a summers day.  At 18 minutes, it was the longest of the featured shorts and it it definitely allowed all the kids to each have a properly developed story-arc.  Definitely a very decent film.

Lipsett Diaries (Les Journaux de Lipsett) – Theodore Ushev
This was a very awe-inspiring film.  The film is an avant-garde animated documentary about the life of Arthur Lipsett.  The animation looked like a moving oil painting and I believe there was some rotoscoping used as well.  This was definitely one of the stand-outs of the set.

Mokhtar – Halima Ouardiri
This was actually a bit of a sad film about a Moroccan boy, who is locked away by his father solely because the boy brought a young injured owl (a bad omen in their culture) home.  I actually started tearing up by the end of the story and it was definitely a very powerful film, despite its mere 15 min length.

Above the Knee – Greg Atkins
In this quite comedic film, a man decides to wear a skirt to work and ends receiving a quite positive response from his co-workers.  Despite the comedic nature, the film also have messages involving social norms and individuality.

The Legend of Beaver Dam – Jerome Sable
This film is just pure awesome!  The film is a musical horror comedy about a campfire urban legend come to life.  The film features catchy songs, lots of gore, and is just plain fun!  Definitely my favourite film of the bunch.

And that’s my rundown of the shorts.