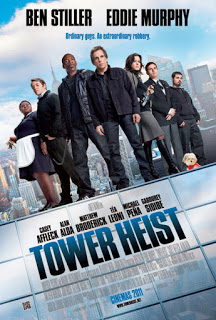 Tower Heist is one of those films where you don’t have to think too much about what it is about.  Essentially it’s about a group of people who rob a tower.

There not really that much more to say about the film other than the fact that I thought it was quite funny.  You can also definitely call this film a comeback for Eddie Murphy, who probably hasn’t been as funny as he is in this film (in live action form at least) for years.

There’s also a much talked about set-piece in this film (involving a car hanging off the building), which really has to be seen to believed.  It was definitely quite a sight.