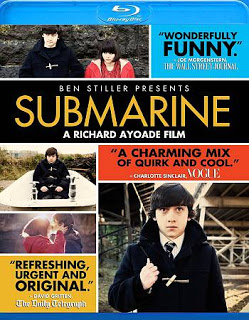 Today’s DVD post is going to be different than what I usually do, since today’s acquisition ends nearly six months of frustration.

You see, there was this little Welsh comedy called Submarine that I saw at TIFF in 2010.  It was quite a charming little film and I ended up naming it my second favourite film of the festival.

After the film’s premiere at TIFF, it received a limited theatrical run last summer and was released on DVD and Blu-Ray in October.  This was a film I quite liked and I really wanted to own it on blu-ray.  The problem was, the disc was often either overpriced (HMV’s website currently lists it at $50.99) or not in stock (likely both).

I had just about given up hope that I would own the disc anytime soon when I found out that Amazon.ca had the disc on sale for the more reasonable price of $19.94.  As such, I jumped at the opportunity to finally purchase a copy of the film.

And so ends one of the most frustrating DVD acquisition sagas I have ever experienced.